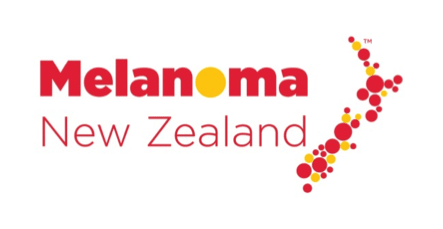 With already the highest incidence rate in the World it is predicted numbers could increase by 50% in the next two decades, particularly in older adults.

Monday 14 November. Today marks the start of Melanoma Awareness Week and Melanoma New Zealand is urging Kiwis to support the cause by making a donation and to monitor their skin and get checked to ensure early detection.

Melanoma is the highest registered cancer among men aged 25-44, and the second highest in women of the same age group, with 356 deaths each year. Over the next two decades melanoma rates are predicted to skyrocket with an expected 50 percent increase in the number of New Zealanders diagnosed with the deadly disease.

Melanoma New Zealand CEO. Linda Flay says unlike other health epidemics, such as obesity, that are complex to solve, melanoma is mainly preventable and a highly treatable disease if caught early.

“The theme of our campaign is Become a Lifesaver. This is because every day Kiwis have the power to save a life – be it their own, a family member or friend`s –  by being sun smart and with early detection through skin checks and self – assessment.”

“We are seeing too many New Zealanders suffer the consequences of melanoma, even though we have the power to put a stop to it ourselves. We are asking Kiwis to be generous and donate to Melanoma New Zealand to help us educate and implement programmes to put an end to this potentially fatal disease,”Ms Flay says.

Regional data shows the rate of melanoma are highest in the Taranaki district with other hotspots including Hawke`s Bay, central North Island and the West Coast of the South Island. North Otago also shows high rates in Oamaru.

Ms Flay says many New Zealanders are not aware of the very real risks they face in their own backyard and perhaps our “she`ll be right” attitude has contributed to New Zealand having the highest incidence rate of melanoma in the world.

“While we all love getting out in the sunshine, we have to ensure we protect ourselves from New Zealand’s harsh UV rays. That doesn’t mean we cant enjoy our beautiful outdoors, but it does mean we should be wearing a hat, sunglasses and long sleeves, and using sunscreen if we`re spending time in the sun.”

This year Melanoma New Zealand has proudly partnered with three celebrity ambassadors who have been personally touched by the disease.

The ambassadors include Olympic sailing gold medalist and Emirates Team NZ crew member Blair Tuke and former Silver-Fern Adine Wilson, who had their own battle with the disease. Acclaimed celebrity chef Josh Emett, who tragically lost his father to the disease, is also getting behind the cause.

“When my father Roger was diagnosed with melanoma, he was a fit and healthy guy. He was always wary of getting his skin checked, but by the time they found it under his thick head of hair it was quite advanced,”Josh says.

“Its one of those things that if you get it early, you can treat it and carry on living your life. Skin checks need to be a regular thing, like going to the dentist. Its just not worth it to put it off”.

Melanoma diagnosed in its early stage can be successfully treated by surgery.

TXT 2448 to donate $3 and go to melanoma.org.nz for a list of skin check providers in your area.

Get behind Melanoma Awareness Week (14-21 Nov) and change your Facebook profile picture to show your support.

Factors that may contribute to melanoma, include:

To do your own “risk assessment” click on the link below